Travel Through Space and Time

We took a break from the heat today and went to see Ice Age: Collision Course.  This summer flick was a fun diversion from the scorching sun, taking us back in time to another era.

So what’s it all about? Scrat’s epic pursuit of the elusive acorn catapults him into the universe where he accidentally sets off a series of cosmic events that transform and threaten the Ice Age World. To save themselves, Sid, Manny, Diego, and the rest of the herd must leave their home and embark on a quest full of comedy and adventure, traveling to exotic new lands and encountering a host of colorful new characters.

The theme of the movie was all about inevitable change and the need to embrace it.  We found the characters facing major life changes (those we all must face at one point in time), all while trying to stop some earth-shattering events from occurring.

While we find ourselves in the company of favorite characters such as Manny, Sid, and Diego, we were also introduced to some new lovable characters (with some very familiar voices) that really made the movie.  We quickly become acquainted with Buck the Weasel, voiced by Simon Pegg.  Of all the characters in the Ice Age movies, Buck is my favorite.  Clever and witty, he holds the key to  saving the planet from the events Scrat has set in motion.  While he has quickly become my favorite, it seems as though that is not the case in the Ice Age world he resides in, as he has made some enemies that complicate his determination to save the world.

We are also introduced to Julian, Manny’s future son-in-law.  His likable antics make it easy to see why Peaches, Manny’s daughter, wants to make him the newest addition to the family.  But, change can be difficult and Manny finds himself doing some major soul searching to welcome the new changes about to occur.

The movie was fun, action-packed with a good balance of what was going on in space with Scrat and what was happening on earth.  It also had some interesting hypothetical theories as to how Ice Age events resulted in our modern day world.  Lots of laughs filled the theatre and quite stunning cosmic animation made for a great afternoon spent with my family.  You should go see Ice Age: Collision Course in theaters everywhere now! 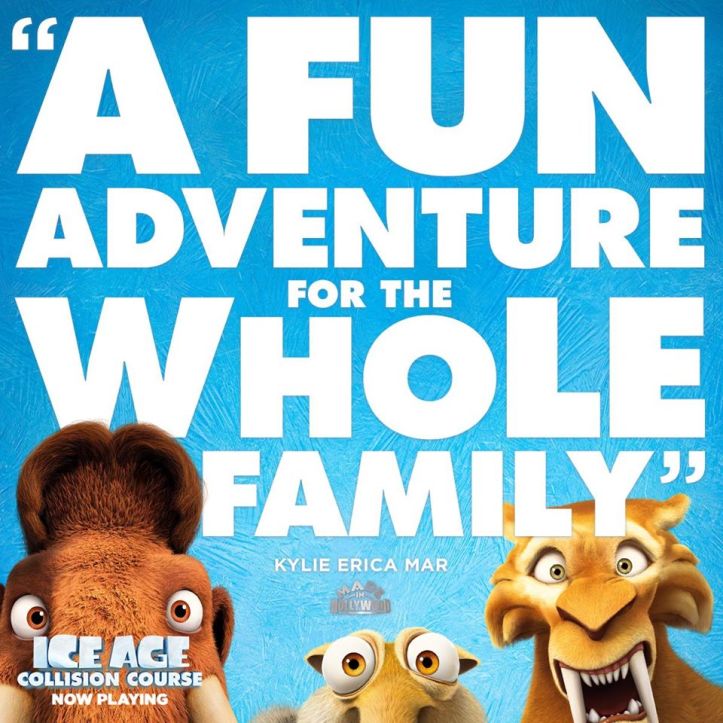 *we were invited to see the movie to facilitate a review, all opinions are my own.

themommyavenger@hotmail.com
Mother’s Day is just around the corner and we have some great gift ideas for you (link in bio) check out these fantastic gifts she will love! #mothersday #mothersdaygift #mom #giftideas #gift
Follow on WordPress.com