It’s been fun to see the resurgence of Disney classics as they have become live action films over the last few years.  When I found out that Dumbo was going to be one of them, I was really excited, especially because it was to be directed by Tim Burton, one of my all time favorites!  Tim Burton movies have a unique thumbprint on them, with a slightly darker view on the subject matter.  It is always interesting to me to see a story through his eyes.

I was happy to get to see the movie to check out it for ourselves*. What I found was actually a story that had the baseline from the animated original with an entirely different viewpoint, tale, and depth.  The movie was a little bit reminiscent of Big Fish to me, which is one of my very favorite movies. I loved the colors and picturesque way the movie was filmed.  Totally unique and wonderful, much like Dumbo himself.

Check out this great movie with your family, make some animal crackers to enjoy, and then learn a new skill (juggling!).  Check out how below.  You can pick up your own copy online or major retailers everywhere.

“Dumbo,” the grand live-action adventure from Disney and visionary director Tim Burton, which expanded on the beloved animated classic and sent spirits soaring, prepares for a landing on June 25. Disney invites fans to fall in love again with this heartfelt story, in which differences are celebrated, family is cherished and dreams take flight, when it swoops into homes on Digital in HD and 4K Ultra HD™ and Movies Anywhere, and physically on 4K Ultra HD,  Blu-ray™ and DVD — with never-before-seen bonus features, deleted scenes, Easter eggs and bloopers.

In “Dumbo,” struggling circus owner Max Medici enlists former star Holt Farrier and his children to care for a newborn elephant whose oversized ears make him a laughingstock. But when they discover that Dumbo can fly, the circus makes an incredible comeback, attracting persuasive but sinister entrepreneur V.A. Vandevere, who recruits the peculiar pachyderm for his newest, spectacular, larger-than-life entertainment venture, Dreamland.

“Dumbo” will be released in several different formats, giving families the flexibility to watch it on a variety of devices. Viewers can watch the film in Digital 4K UHD, HD and SD, and bring home a physical copy of the film as the 4K Ultra HD Edition (4K UHD, Blu-ray and Digital Code), Multi-Screen Edition (Blu-ray, DVD and Digital Code) and a single DVD. 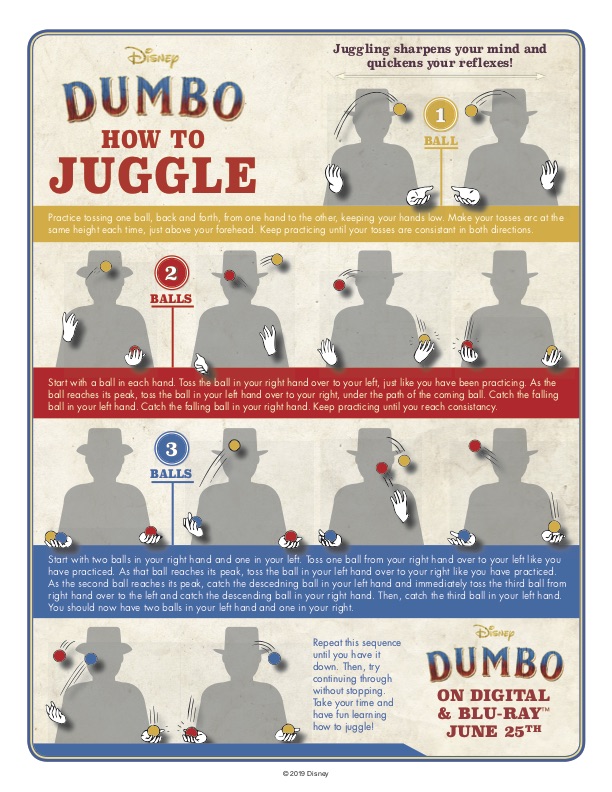 *product received to facilitate a feature, all opinions are my own.