Today, I had the chance to visit Comic Con in New York City on the first day of the convention. I was invited to come and check out the pop culture phenomenon and I was thrilled to have the chance to do so! Once I arrived in New York, I knew I was in for quite the spectacular day. Speckled throughout New York City streets were people dressed as favorite characters from comics, movies, and TV shows. There is nothing quite like walking down the street to look up and see The Joker walking in front of you or seeing every character from Adventure Time walking hand in hand. Everywhere you looked, you could see a trail flocking to the mecca that is known as Comic Con.

Stepping through the doors, it was quite the sight to behold! Mega fans were everywhere. Creative costumes (Cosplay) were everywhere. And everything you could ever want was displayed throughout the show floor. You could spend days here appreciating everyone’s costumes and exploring the floor. 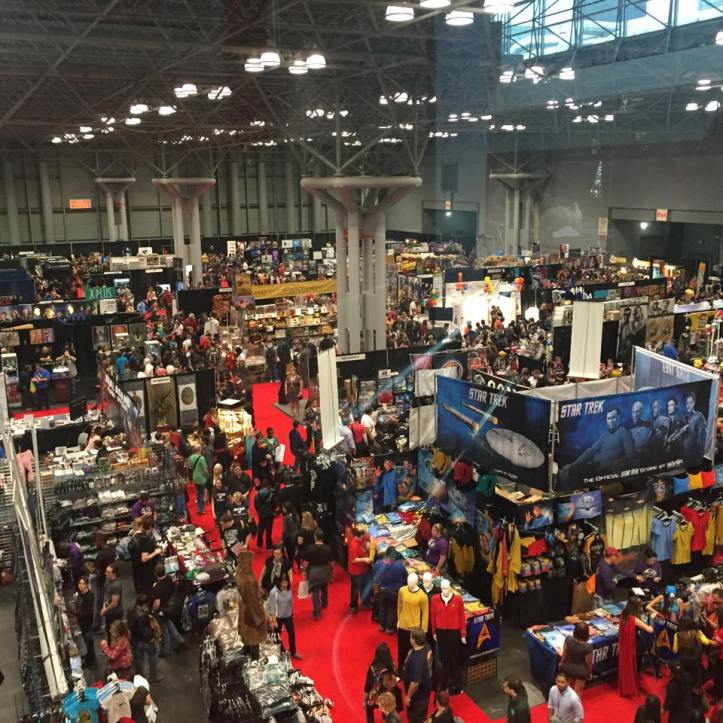 Now if you think Comic Con is not for you, you would be wrong. There is something for everyone here. Our family favorites are Batman, Spider-Man, Iron Man, Harry Potter and The Nightmare Before Christmas. Within minutes, I had encountered them all! I loved going from vendor to vendor and finding old treasures and adding awesome finds to our collection. There was Lego, publishing companies, independent artists, My Little Pony. Marvel, comics of every kind, and so much more. I need to go back tomorrow after digesting everything from today, as I am sure I missed so much!

As if that weren’t enough, Comic Con has a full (very full) schedule of panels to visit. These are presentations, sneak peeks, q&a with actors, artists, and authors, and screenings. I was able to catch quite a few and they were a ton of fun. So informative and fun to participate in. There is an entire program of panels to choose from, so you can always find one to join. This afternoon Disney offered a sneak peek of Tomorrowland and Big Hero 6. Everyone was surprised to find George Clooney was there for this panel! This was super popular and not to be missed.  Curious as to what Tomorrowland is all about?  Check out this brand new trailer, released today!

I was able to also visit R.L. Stine, popular for his Goosebumps series, and learn of the background and inspiration for his stories that children have enjoyed for over 26 years. This was very enjoyable. Now, I am not going to pretend that I am familiar with half of the shows or comics that are being talked about in the panels. I actually stepped into one for Bob’s Burgers, even though I had never seen the show, I was thoroughly entertained by the voice talents of the animated series, including Kristin Schaal, who has been in some of my very favorite TV shows. It was very entertaining to listen to the questions from the audience members and the hilarious responses of the characters. I had so much fun, in fact, that now I plan on watching the show.

You wouldn’t be able to catch all the panels, so it’s important to plan your ComicCon time carefully to maximize your visit. I’m really looking forward to The Walking Dead panel on Saturday afternoon!  I still have so much more to explore, so for now, I will leave you with some photos of some of the sights I saw while roaming the showroom at New York Comic Con 2014. I will be back to share more with you later! Until then, feel free to follow all the latest on Twitter and check their website, too! 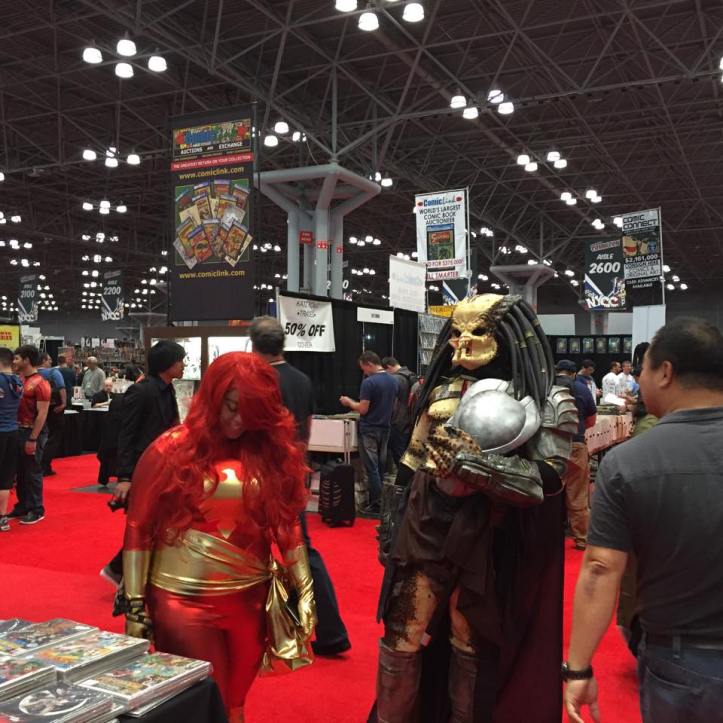 *tickets were provided to facilitate a review, all opinions are my own.