We’re showcasing some true stories on The Mommy Avenger this week, like 12 Strong (check out our giveaway!) and The 15:17 to Paris out on Blu-Ray, DVD, and Digital now.  However, this movie takes the true story one step further by having the true life heroes play their own roles in the film! 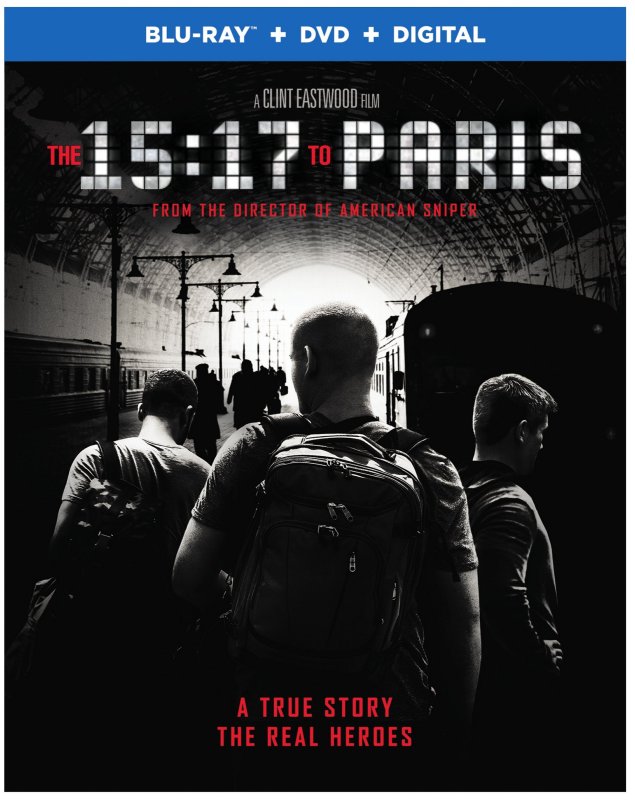 In the early evening of August 21, 2015, the world watched in stunned silence as the media reported a thwarted terrorist attack on Thalys train #9364 bound for Paris—an attempt prevented by three courageous young Americans traveling through Europe. The film follows the course of the friends’ lives, from the struggles of childhood through finding their footing in life, to the series of unlikely events leading up to the attack. Throughout the harrowing ordeal, their friendship never wavers, making it their greatest weapon and allowing them to save the lives of the more than 500 passengers on board.

“The 15:17 to Paris”Blu-ray Combo Pack contains the following special features:

“The 15:17 to Paris”Standard Definition DVD contains the following special feature:

You can learn more about the movie by visiting the Facebook page or website.  You can pick up your own personal copy at major retailers or online.  Or…..you can win it from The Mommy Avenger!

I’m happy to offer one very lucky reader a chance to win a Blu Ray or DVD copy of 15:17 to Paris for themselves!   To enter, email me at themommyavenger@hotmail.com or leave a comment below to tell me which why  you would like to win.  Winner will be selected at random on or about June 15, 2018, at which time this giveaway will be closed.  Good luck!