I mentioned last week how much we love going to see the NJ Devils at Prudential in Newark, NJ.  We were able to attend an absolutely amazing game recently and had the greatest time!  We were able to watch the Devils take on the Ottawa Senators and I knew from the beginning it was going to be a great game.

Our seats were just a few rows off of the ice, and let me tell you, that is a great way to watch the game.  You feel as if you are in the middle of it yourself! We were witness to tons of great action and excitement.

The Prudential Center was filled with Christmas cheer that night and the NJ Devils were only adding to it with each goal. 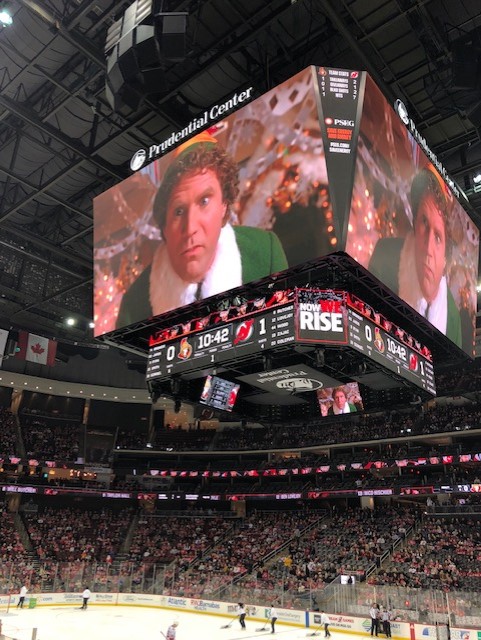 In between each period, we enjoyed lots of very entertaining segments, such as peewee hockey, t-shirt throws, mascot antics and more.  Then, of course, there was also a chance to go grab some snacks–something you’ve got to do at a hockey game! 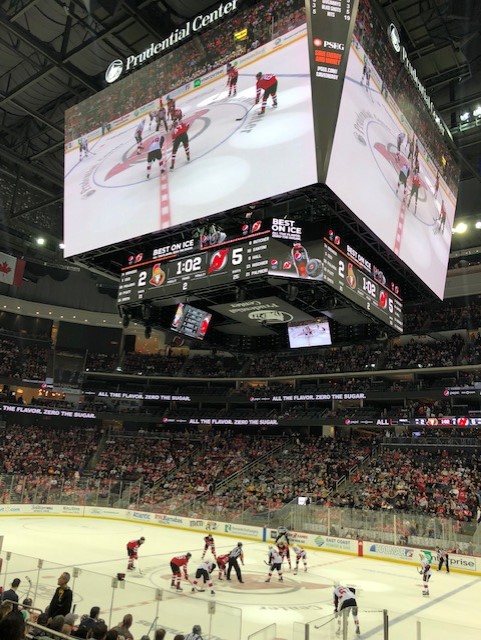 The game was a pretty high scoring game, at least the highest one I’ve been to.  It was great fun to defeat the Ottawa Senators in our own house.  The only thing that could have made it even better was to see Taylor Hall of the NJ Devils accomplish a hat trick–he was so close! Ah….well, here’s hoping I get to see that in an upcoming game–the season is early still!

We had a blast at the game, it was a great family outing.  And speaking of families, this Saturday, December 29th is Kids Day at the Prudential Center.  That’s right, a day just for the kiddos to enjoy activities catered to them! The Kids Day game is where kids run the show! Make sure to arrive early, as all kids 12 years of age and younger will be given free admission to the GRAMMY Museum with a paying adult, which opens at 11am. Doors to Prudential Center open at 11:30am for the Devils game, and at 12pm NJ Devil will be doing a portion of his Healthy Hat Trick Assembly program on the main concourse behind section 20! There will be face painters and other fun activities throughout the day. The Devils will be taking on the Hurricanes from North Carolina.

The game starts at 1pm and is sure to be a great time for all!  You can pick up your own tickets by visiting Prudential Center online. You can follow the NJ Devils on their social media platforms for more fun and info. Find them on Instagram, Twitter, and Facebook.  Hope to see you at the Prudential Center!