Beverly Hills? Nah, Bethlehem–That’s Where I Want to Be!

There is a wonderfully chill vibe at music festivals in smaller towns. Strolling by the food trucks and artist booths nestled in between the renovated ruins of the Bethlehem Steel Stacks buildings leaves one enjoying life at a slower pace. I stopped and listened to one of the many free cover bands do justice to the Eagles and some Hendrick’s, then noticed part of the reason for the calmer environment. There were no children and few teenagers in the area. Those that were present spent their time taking selfies around the “Prismatica” display of fifty pivoting prisms that spun to create refracted light designs. 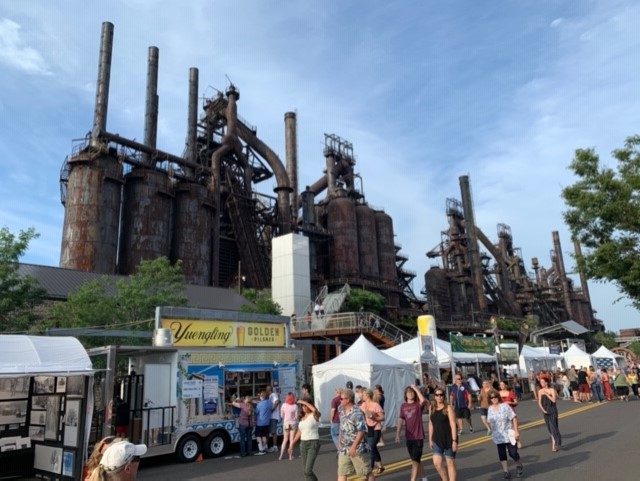 Ceremic Animal kicked off the headliner concert in matching tan leisure suits. More impressive was the drummer’s nuanced technique and the lead singer’s impressive mullet that could give Billy from Stranger Things a run for his money in the fab flashback hairdo awards. Ultimately, the unbalanced (loud) bass of the band prevented me from loving their intro, though props should be given for the jam sessions during their song “All My Lov’n.” 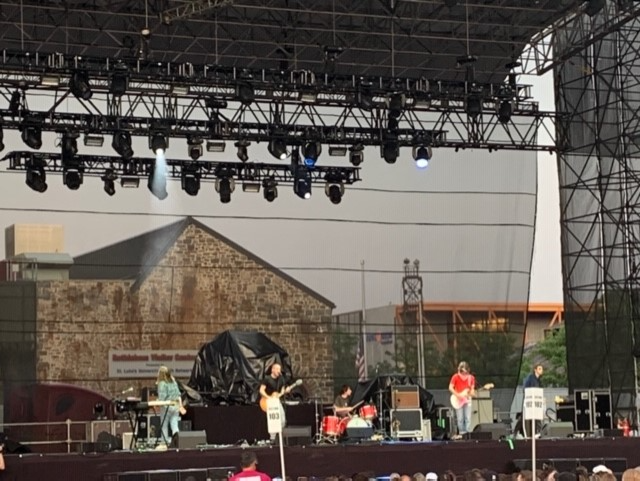 If I took three parts Sum 41 guitarists, one part Counting Crows synthesizer, one part Green Day drummer, and one part Motley Crew, then added a sprinkle of Rush and served it up shaken (not stirred), would you partake? If so you may have enjoyed White Reaper. The greatest creativity came from the synth player, but the tight musicianship of the band made them a better-than-average opener.

A fun part of their performance was watching the unique personalities of the band members play out on stage. They are each distinct and unique in their performance style. The drummer hunched-over playing rolls and cymbal hits, the keyboardist swinging his hair like it’s a 1994 Pearl Jam concert, the lead singer politely thanking us for our support after giving an intensely heartfelt performance while one guitarist does his best statue impression and the bassist paces back and forth between his pedals and band mates.

As the sun went down and temperatures dropped, the Weezer T-shirt clad crew and sorority sister ten-year reunions emerged from the food tents to fill-up the venue. The rusty atmosphere of the steel mills became particularly beautiful at dusk right before Weezer took the stage. 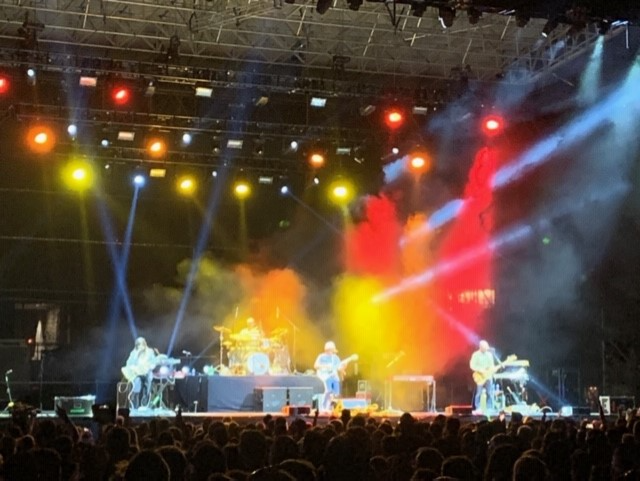 And they played the concert we all wanted to hear! It started with Buddy Holly, My Name is Jonás, Africa (cover), and so many more. The crowd never took their seats and the band didn’t slow down until the night ended.

If you’ve never been to Muskiest, it’s something you have to do!  Each year, hundreds of performers fill the town of Bethlehem and you can fill up on incredible food and music to your heart’s content.  This particular night, we jammed to Weezer, but each day and night is filled with so much talent.  To learn more about Musikfest, visit them online.  Musikfest runs through Sunday this year, so there is still plenty of time to catch a show or 10!

*we were invited to attend to facilitate a feature, all opinions are our own.