I Want to be a Producer!

We have the opportunity to see a lot of great shows living in New Jersey, whether they take place on Broadway or at a local theater.  This week, we had the opportunity* to check out The Producers at Paper Mill Playhouse, which just happens to be the recipient of the 2016 Regional Theatre Tony Award!  I have to tell you, it was amazing! 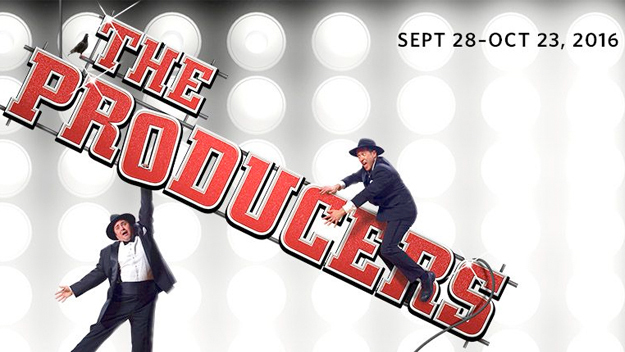 Not familiar with the storyline?  Meet Max Bialystock (Michael Kostroff), the man who used to be the king of all Broadway.  This Broadway producer has had run of bad luck and several flops have been adding up on his resume.  He meets Leo Bloom (David Josefsberg), an uptight and unhappy accountant, who makes an observation while working the books that one could make more money on a flop than on a hit show.  This bright idea sends them on a hilarious endeavour to create the worst Broadway show ever, guaranteed to flop on opening night to make a couple million dollars and escape to Rio.

What does it take, though, to ensure utter disaster at the box office?  A horrific script (Springtime for Hitler), a ridiculous director (Roger De Bris), a long-legged Swedish beauty named Ulla (Ashley Spencer), awful actors, and, of course, lots of monetary backing from desperate little old ladies.  The combination of all of these factors adds up to some serious hysterics.

So many great songs hail from this musical, but getting to see the culmination of the production Springtime for Hitler is absolutely the best and absolutely outrageous. 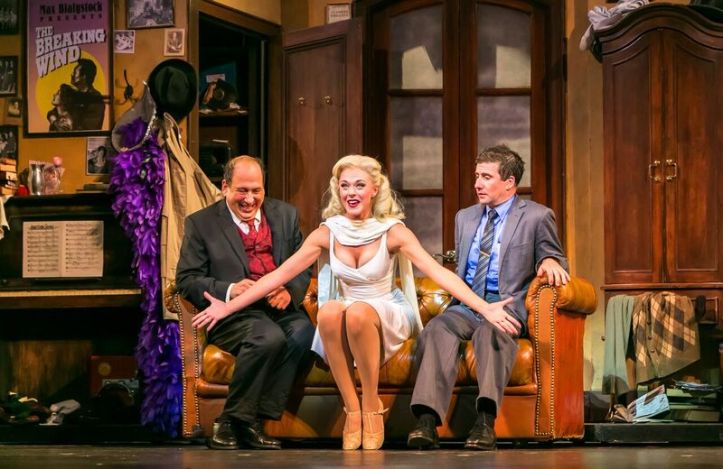 I see tons of musicals and The Producers definitely tops my list of favorites.  I even had the opportunity to see it with Nathan Lane and Matthew Broderick on Broadway many years ago.  Having seen such a stellar performance, one might ask, how does Paper Mill Playhouse’s version of it compare?  Very, very well!  Each character was cast perfectly, the music was spot-on, comedy was high, and it was an excellent performance that I would highly recommend to you!

I have always been very pleased with performances seen at Paper Mill Playhouse and frequently you can find a show that is catapulted from this theatre directly onto Broadway.   This is often true of actors, as well, as Paper Mill Playhouse has a very impressive alumni of actors that have graced its stage over the years. The caliber of show is incredibly great and not to be missed. 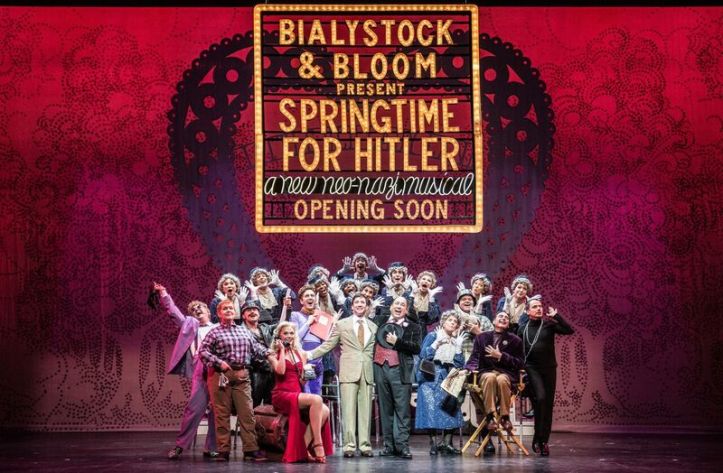 The Producers at Paper Mill Playhouse; Photo by Billy Bustamante; The company of The Producers
.

If you are looking for an excellent night out, go now to get your ticket to see the show for yourself.  It’s running now until October 23rd, so hurry up and don’t miss your chance to see The Producers at Paper Mill Playhouse!

*we were invited to see the show to facilitate a review, all opinions are my own.