If I could create the perfect movie, it would be a witty British rom-com with great music. It would be something I could watch over and over again, make me laugh, happy and want to move my feet.  Well, I don’t have to create anything because it’s already been done.  Yesterday is seriously my new favorite movie and I am telling you, you have to see it.*  Stop what you are doing and go out and get a copy right now.  Your boss won’t care, everyone will understand.  It’s something you have to have in your possession.

What’s the deal with it?  It’s absolutely amazing! Jack Malik was just another struggling songwriter…but that was yesterday. After a mysterious blackout, Jack (Himesh Patel; BBC’s “EastEnders”) discovers he is the only person on earth who remembers The Beatles! As he rockets to fame by passing off the Fab Four’s songs as his own, Jack risks losing Ellie (Lily James; Mamma Mia! Here We Go Again, Cinderella) – the one person who has loved him and believed in him from the start. Kate McKinnon and Ed Sheeran also star in this romantic rock ‘n’ roll comedy from Academy Award®-winning director Danny Boyle (Slumdog Millionaire, Trainspotting, 28 Days Later) and Academy Award®-nominated screenwriter Richard Curtis (Four Weddings and a Funeral, Love Actually).

From the second I saw the trailer early this year, I knew this movie had major potential.  I could not wait to see it in theaters.  In fact, I saw it opening day and that never happens! With my heightened anticipation of the movie being good, I was easily setting myself up to be disappointed, not living up to the build-up I was giving it.  But, you know what?  It was even better than I hoped it would be! The cast for the movie was absolutely perfect.  Each character was charming and endearing.  The music was sensational, so I’m so glad you can listen to that on it’s own, as well,  as it’s available now on vinyl and CD. 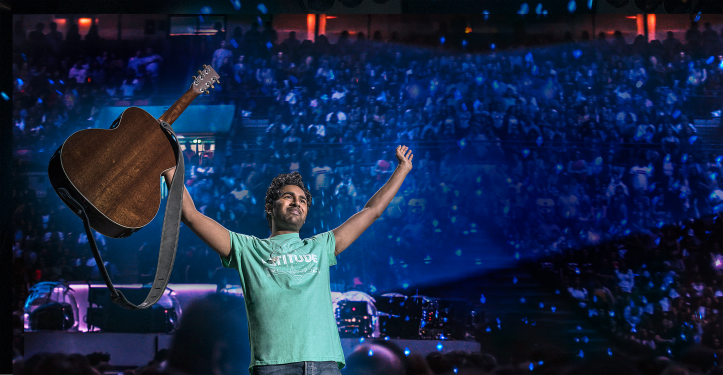 I was thrilled to get my own copy on Blu-ray and I’ve already watched it more than once and I am loving all the extra features available on  blu-ray. Aside from the fantastic storyline and incredible music, I adore the love story.  It’s also a movie that my entire family could watch and thoroughly enjoy.  Does it get any better than that?

I have to stop talking about the movie now or else I am going to end up giving the whole movie away and that would be a shame because you just need to go and watch it for yourselves.  It is available now on digital, DVD, Blu-Ray and 4K everywhere from Universal Studios Home Entertainment.  I’d love to know what you think of it once you see it!

I am so excited to offer one lucky reader of The Mommy Avenger their very own copy of the movie for themselves! To enter, email me at themommyavenger@hotmail.com or leave a comment below to tell me your favorite Beatles song.  Winner will be selected at random on or about September 30th, 2019, at which time this giveaway will be closed.  Good luck!

*product was received to facilitate a feature, all opinions are my own.